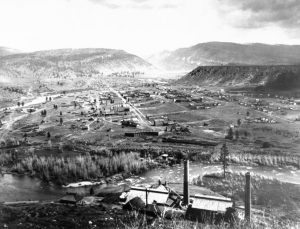 After moving to Durango from Chicago in 2000 with that intention, Mick relaxed for a few years but kept thinking about opening an Irish pub like the ones “back home” in County Galway, Ireland.

Purchasing the historic building at 920 Main Avenue (which now houses the Inn) as a possible pub location offered the couple other opportunities since there were four (bare) rooms on the second floor. Linda began exploring ways to offer something unique to travelers: a home-away-from-home, an apartment in the heart of downtown.

“My focus became, how can we offer style and comfort and also leave people alone! Mick and I always felt that time was so valuable and seemed in such short supply. When we took a vacation, we always wanted to spend time with each other -- not getting to know fellow guests, which sometimes is the outcome when you stay at a small inn (for instance, sharing a communal breakfast). I really wanted to create something that ensured privacy for our guests.”

So Linda settled on the concept of a self-sufficient Inn. There wouldn’t be a check-in desk let alone a bellhop. No concierge, no room service or daily cleaning service either. In fact there wouldn’t be any staff at all on-site unless you caught the cleaning lady at work in between guests. 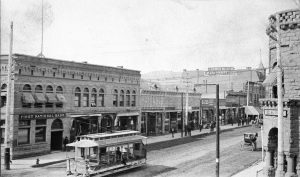 When it came time to decorating Linda got to do what she loves best: poke around for treasures. In the summer of 2006 she spent days driving around Colorado’s county and state roads hunting for things that caught her eye.

Nobody’s Inn is named for one of Mick’s favorite novels, “Diary of a Nobody,” a satire of Victorian English snobbery published in 1892 (coincidentally, the same year the building was constructed) and because it plays so nicely on the concept of no one running the Inn. The room names – Somebody, Anybody, Everybody and Homebody – became entertaining choices afterward. 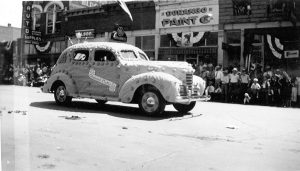 “I love each of the rooms for different reasons, but I think my favorite might be Homebody since my daughter named it after us since we’re such homebodies!”

Nobody’s Inn welcomed its first guests on September 17, 2006. Two years later Mick died of a heart attack while hiking in Silverton. Only one month before, he had finally realized his dream of opening an Irish pub next door.

On September 23, 2010 Linda sold Nobody’s Inn to Brenden Trujillo, a real estate agent at The Wells Group in Durango. Brenden continues to operate the Inn today.

Nobody’s Inn has proven popular with young couples who like the buzz of downtown, as well as with families, retirees and savvy travelers who are looking for something different.

All room rates are flat fees - no hidden costs per person, per child, per pillow, per anything. We ask for the number of adults and children in your party to make sure we provide enough towels and amenities. Current city and lodging tax is 10.4%. For everyone's comfort we are no-smoking and no-pets. Our official check-in time is 4:00PM and check-out is 11:00AM. Early check-in and late check-out may be available, upon request. We do not provide daily cleaning service, but bring fresh towels and remove trash every third day.

At the time of your booking, one night’s stay will be charged to your credit card to hold your reservation. Refunds (less a $20 processing fee) are provided when reservations are canceled at least 14 days prior to the arrival date. Less than 14 days, your deposit will not be refunded.

Nobody's Inn values your privacy. Personal information collected via this web site is used only for holding rooms at our Inn. We won't be selling, trading, or giving away your name or email address, or any other private information to anybody.